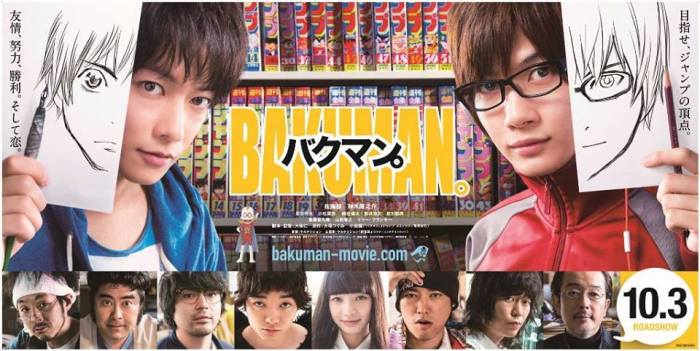 Bakuman is one of my most favorite anime of all time. I have high expectation for this film, REALLY high expectation but now it becomes disappointment. I understand it’s impossible to make 75 episodes Anime into only 2-hours movie, but I think the producer can make it better than this, there’s no excitement feeling at all in this film, very opposite with anime which is full of excitement in every episode! So, I will make a list of + and – from this film :

Everyone who watch it without read manga or watch anime first is hard to understand the characteristics of each character, even if they do, they will find most of character in this series is boring and not interesting. But honestly, I’m also happy because I can watch Bakuman again.

The main purpose I make this blog is to share all of my hobby-thing and to practice my english-writing.

So, sorry for bad english All of pictures in this site isn’t mine, I just take it from google.